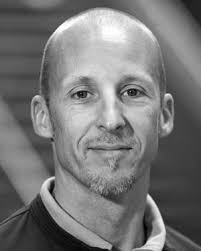 Abstract. Thanks to the widespread availability, ease-of-use and low costs of modern 3D acquisition technologies, it is nowadays possible to acquire highly detailed digital 3D models of large real-world environments quickly and in a cost-effective way. In particular, the availability of accurate virtual 3D models of interiors has opened up new opportunities in the application contexts of real-estate digital asset management, building and facility maintenance, construction and engineering, or interior space planning and design. Through the extension of BIMs with detailed virtual 3D models, new activities and tasks based on virtual facilities inspection, interactive building exploration and immersive property showcasing can be tackled. In this talk I will review our activities and related work on the automatic extraction of architectural 3D models from scanned interior environments as well as the extraction of higher-level and abstract semantic information.

About the speaker. Renato Pajarola is a full Professor in the Department of Informatics at the University of Zürich (UZH). He received a Dipl. Inf-Ing ETH as well as a Dr. sc. techn. degree in computer science from the Swiss Federal Institute of Technology (ETH) Zurich in 1994 and 1998 respectively. Subsequently he was a post-doctoral researcher and lecturer in the Graphics, Visualization & Usability Center at Georgia Tech. In 1999 he joined the University of California Irvine as an Assistant Professor where he established the Computer Graphics Lab. Since 2005 he has been leading the Visualization and MultiMedia Lab at UZH. He is a Senior Member of ACM and IEEE as well as a Fellow of the Eurographics Association. Dr. Pajarola's research interests include interactive large-scale data visualization, real-time 3D graphics, 3D scanning & reconstruction, geometry processing, as well as remote and parallel rendering. He has published a wide range of internationally peer-reviewed research articles in top journals and conferences. Prof. Pajarola regularly serves on program committees, such as for example the IEEE Visualization Conference, Eurographics, EuroVis Conference, IEEE Pacific Visualization or ACM SIGGRAPH Symposium on Interactive 3D Graphics and Games. He organized and co-chaired the Eurographics Conference in 2015, chaired the 2010 EG Symposium on Parallel Graphics and Visualization and was papers co-chair in 2011, and also of the 2007 and 2008 IEEE/EG Symposium on Point-Based Computer Graphics. His recent co-authored papers received a SPIE Best Paper Award in 2013, a Best Student Paper at the Pacific Graphics Conference, an Honorable Mention Award at the ACM SIGGRAPH Symposium on Visualization in 2016, and a Best Paper Award (2nd) at the Computer Graphics International Conference in 2018.

Utilizziamo i cookie per essere sicuri che tu possa avere la migliore esperienza sul nostro sito. Se continui a navigare in questo sito noi assumiamo che tu acconsenta tale utilizzo. We use cookies to make sure that you have the best experience on our site. If you continue to browse this site we assume that you consent to such use.OkPrivacy policy